Dine4fit is a mobile application developer headquartered in the Czech Republic. The company's portfolio includes 5 apps in different niches available in Czech and English for iOS and Android platforms. The total number of installations exceeds 10 million. 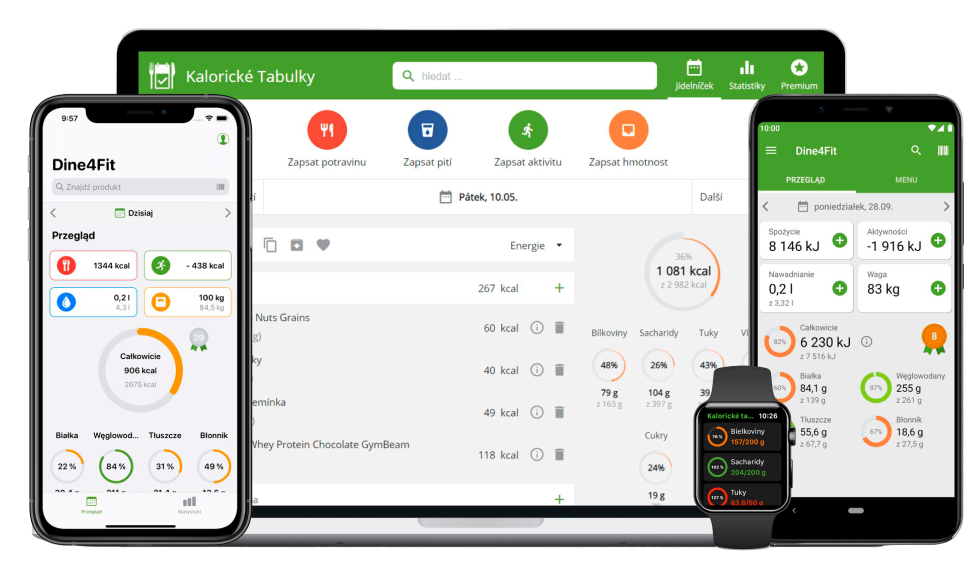 Working on the project, we targeted optimizing the Calorie Table application page on the Google Play Store platform.

Calorie Table is a universal nutrition tracker and calorie counter. The application's target audience is people who care about health or plan to lose weight.
Category: health and fitness.
Features of the application: seasonality.

Keywords indexing and their positions directly affect the app visibility on Google Play  Store. The better indexing of search queries is, the higher the position in the search results, which increases the number of app installs.

You can improve these indicators by optimizing your app page using App Store Optimization tools.

App Store Optimization (ASO) is search engine optimization of applications aimed at improving the visibility of an application in the search results to increase organic installs.

To understand the initial situation, we analyzed the current semantic core of the application page. Since indexing of keywords in the Google Play Store takes some time, we set 36 days as the evaluation period for results estimation.

Initial Number of Keywords Indexed by Positions in the Target Region

We had found that some target queries had low positions, and some were not indexed at all (for example, diet, lose weight, balanced nutrition, activity). To solve the issue, we created a new semantic core in the primary language, corrected the gaps, and supplemented it according to the client's objectives.

Based on the new semantic core, we developed: 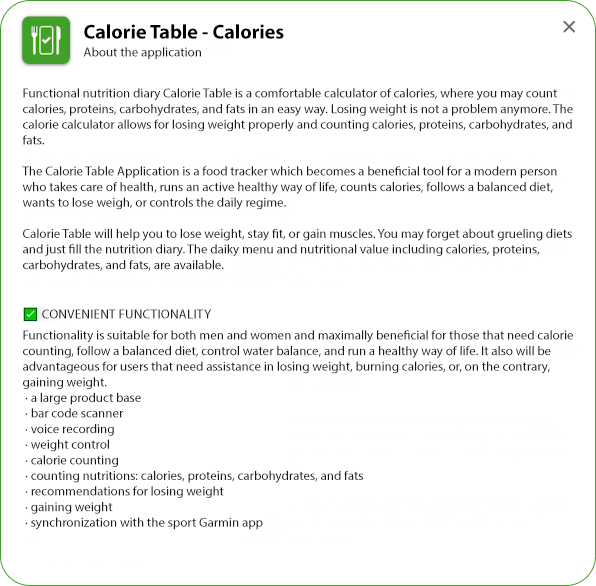 As a result of the optimization, we managed to improve positions according to the key queries.

Samples of Positions Changes of Inquiries in Google Play Store

We have analyzed how Eastern European customers search for applications in their region and found that they mostly use an additional language rather than the primary language of their region. For example, in Kazakhstan, customers use Russian as an additional search language.

This means that the potential target audience of the application simply does not see it in the search results.

In order to solve the issue, we had to develop additional languages. It means that we adapted the application page to the language that customers prefer when searching. 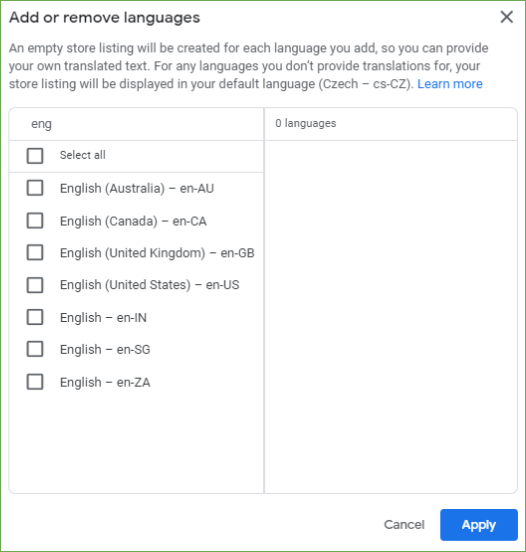 In this way, we can work on one language in several countries. This will increase the position of keywords and increase the number of indexed words on the page.

The more applications are downloaded for one keyword, the better indexing and the higher its position.

Considering the fact that the keywords in the Google Play Store are indexed worldwide regardless of region, we decided to develop additional languages in Eastern European countries where they are used.

We have collected the semantic core for each country from the target region, developed metadata, and published updates, using localization.

Application localization is the translation of the content of the page with the consideration of the region's peculiarities (linguistic, cultural). Localization allows you to increase the number of installations of the application in one language in different regions.

To create metadata in an additional language we considered the search queries, their frequency, positions, and their presence in the title, and subtitle in the main region.

The key objectives of the project were to improve the positions and increase the number of indexed words on the application page in Eastern Europe in two months.

Average number of keywords indexed per day over 36 days

Examples of Target Inquiries and their Positions Change

We compared the positions of the indexed words before and after the change for the same period, using ASOdesk.

ASOdesk is a tool, which helps work with search engine optimization in the App Store and Google Play Store.

Positions of indexed words before processing additional languagesby target region from April, 15 to May, 20

Positions of indexed words after processing additional languages by target region from May, 21 to June, 27

Keyword growth according to positions in the target region

Head of Mobile and ASO