DOM.RIA is a website for the sale and rental of all types of real estate from individuals, developers, and real estate agencies. Convenient search and sale of real estate in Kyiv, Kharkiv, Odesa, and Ukraine.

To understand in which types of requests DOM RIA ranked lower than their competitors, where its ranking was unstable and where it was not ranked at all.

Example of clustering by type of real estate for the city of Odesa. This content was translated to English

After that stage, we scanned the new semantic core for SERP (Search Engine Results Page’s) and identified the keywords for which DOM.RIA ranks below the TOP-3 positions.
‍
To understand the position of DOM.RIA among their competitors, and what needs to bedone to bypass them, we analyzed this on these key queries.

The DOM.RIA pages have already been ranked according to the required key queries, and the pages with the highest number of impressions were identified as growth points.
The general indicators of the site's positions by priority regions were as follows:

The team started to work with those DOM RIA pages, which had already ranked in the top-3, top-5, and top-10 of the search results, as their optimization to further improve on ranking takes less time.

3. Taking pages to the top-3 of the search results for relevant requests

The third stage, we analyzed the site in detail in comparison with their competitors and identified the following factors that needed to be optimized:

The Competitors contained mostly unique text content, while texts on DOM.RIA was generated with variables according to a template.

In addition to the main directories, we also evaluated the potential of impressions by tag/district/street pages and optimized this text content. Below is the result of a study for one group of such pages from the priority cities.

4. Correction of technical errors on the site

The technical audit of the site revealed several errors that were critical and affected the ranking. Among these are pages that are similar in terms of user goals, duplicates, errors in micro-markup / on AMP pages.

Pasting together pages that were duplicates of the search intent

The presence of similar key queries on different pages negatively affects the site’s ranking, as the search engine cannot determine which of the pages to show to the user. One of the tasks of our DOM.RIA team was to analyze and identify groups of such key queries, during which our team identified pages with the keywords "not expensive" and "cheap".

Some regional landing pages with unique URLs duplicate parent categories. As a result, one of several versions of the URL Google had considered the main - canonical, and the rest - copies of this.

In this case, the crawling budget was spent on scanning alternate copies of URLs and didn’t promote the actual desired pages.

A crawling budget is a certain number of pages for each site that a search engine robot can index per unit of time. 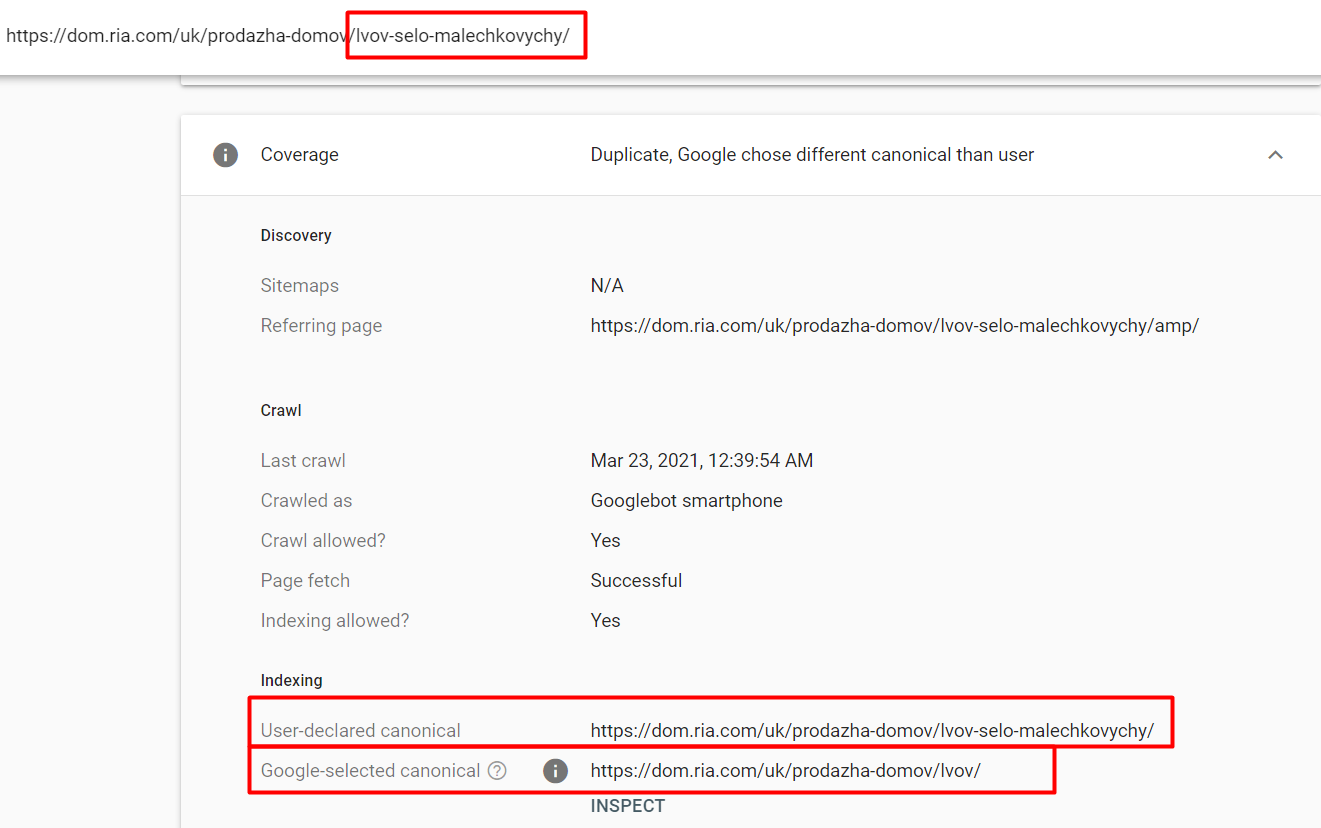 The graph below shows that search engines did not fully rank the page with the identified problems.

After the Promodo team completed the work on gluing the duplicates of intent and the duplicates of pages, the situation of unstable page ranking changed. There was an improvement in the growth rate of impressions and clicks across the group of these pages:

Dynamics of impressions and clicks by a group of optimized pages

Correction of errors in microdata scripts

Previously, this resulted in parsing errors for search engines, and advanced snippets did not appear in search results.

Improved relinking between ad pages, tag pages, and regional directories: Removed internal links from copies of canonical URLs that were glued to categories. At the same time, we adjusted the layout of the relink blocks themselves, included these inside the <main>, and divided them into several sections with their subheadings. 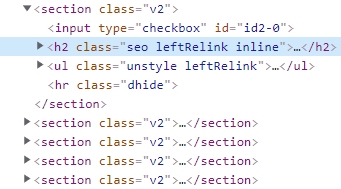 Example of the <main> tag

AMP pages is a more recent format for web pages that load quickly and are easy to view on mobile devices.

Fixed error occurred when generating the hreflang attribute, which tells search engines to link to other language versions of the page. Previously, broken links were formed on the AMP versions of the pages, which affected the visibility of the site in the issue.
‍
Also, no image URL was generated for the "src" attribute in the "amp-img" tag: AMP pages were not validated by search engines, which affected ranking in search results. Eliminating these errors allowed the pages to return to search results. 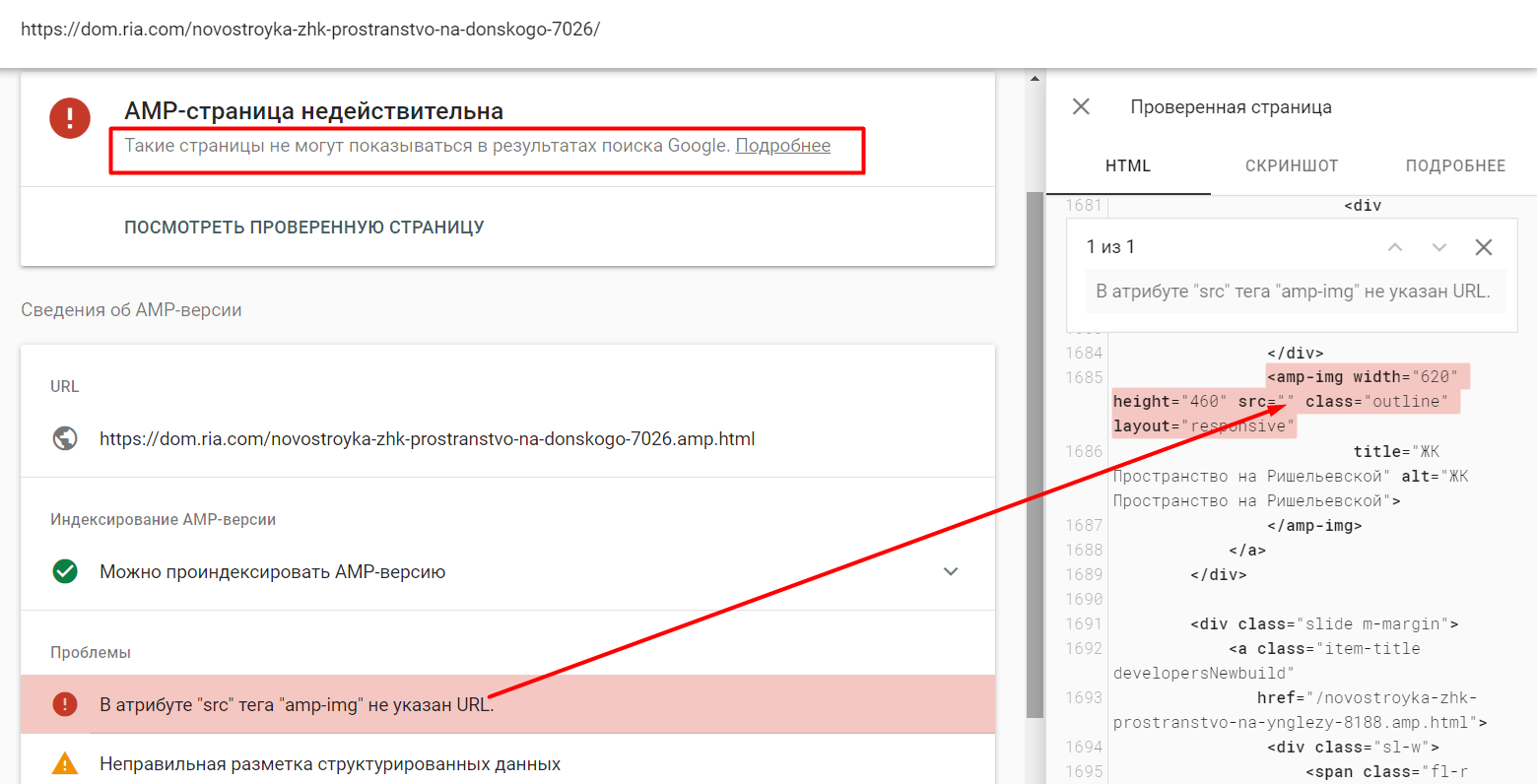 Example of an error on the AMP version of the page

Optimization of the load speed

In terms of loading speed, the DOM.RIA site was only slightly inferior to their competitors. As a result, we increased the number of audiences to 83%, for which drawing the most significant element on the page took less than 2.5 seconds. And the number of users who waited more than 4 seconds to draw dropped to 6%. 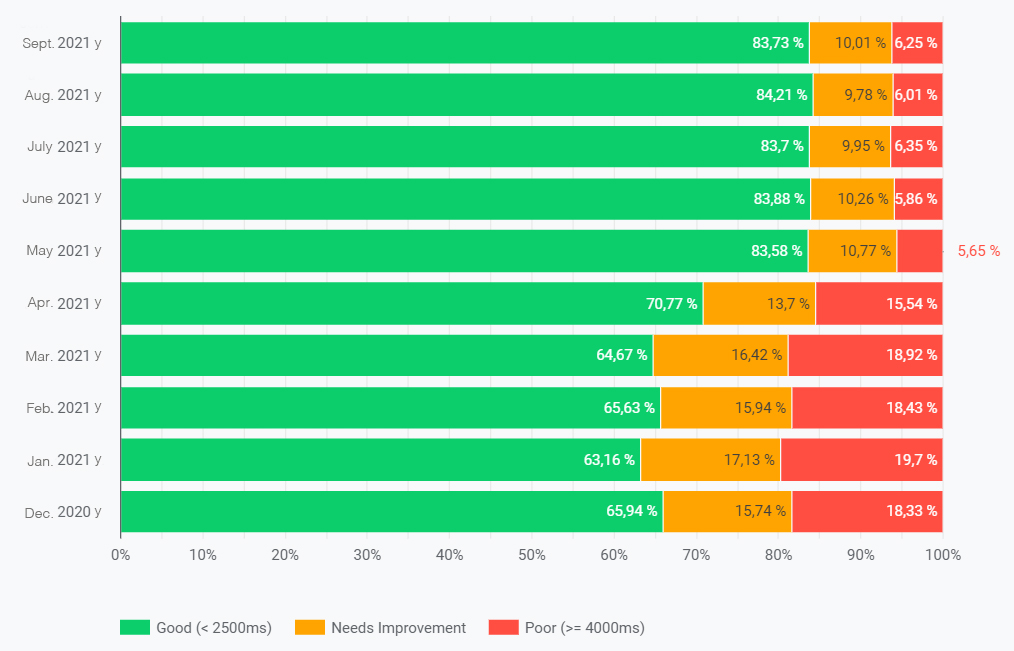 Together with the DOM.RIA team for six months in five priority cities, we managed to improve the position of the site on targeted requests for the sale of real estate in the TOP-1 by an average of 41%.

How did the visibility of the DOM.RIA website grow over the course of six months in the context of priority cities

Ranking positions No. 1 in Google

The result of the task of attracting the target audience from the main competitors was a 95% increase in new users (year-over-year). The total number of sessions also increased by 36%. 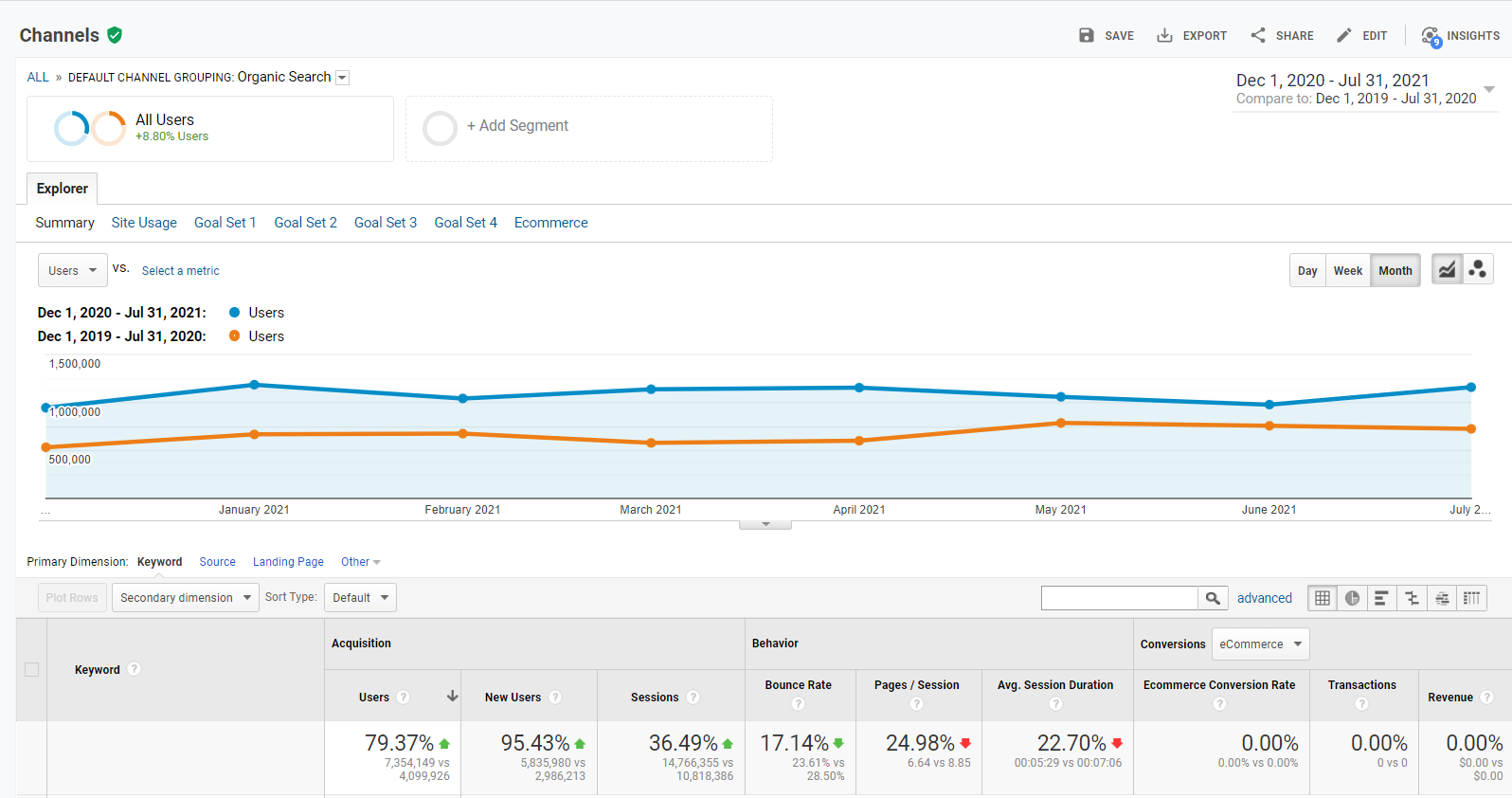 Taking into account mobile traffic, according to SimilarWeb, the dynamics of the organic traffic was as follows:

In the future, the DOM.RIA team intends to expand the geography of work to other promising regions. And the search for new growth points of the resource in other areas can attract a new audience to the site, which was not previously considered a target.