"It's like going on vacation to the movies." or how to use display advertising to attract an audience to cinemas again after quarantine

MULTIPLEX is the largest network of cinemas in Ukraine, which has 29 cinemas and 114 cinema halls in 16 cities within the country. 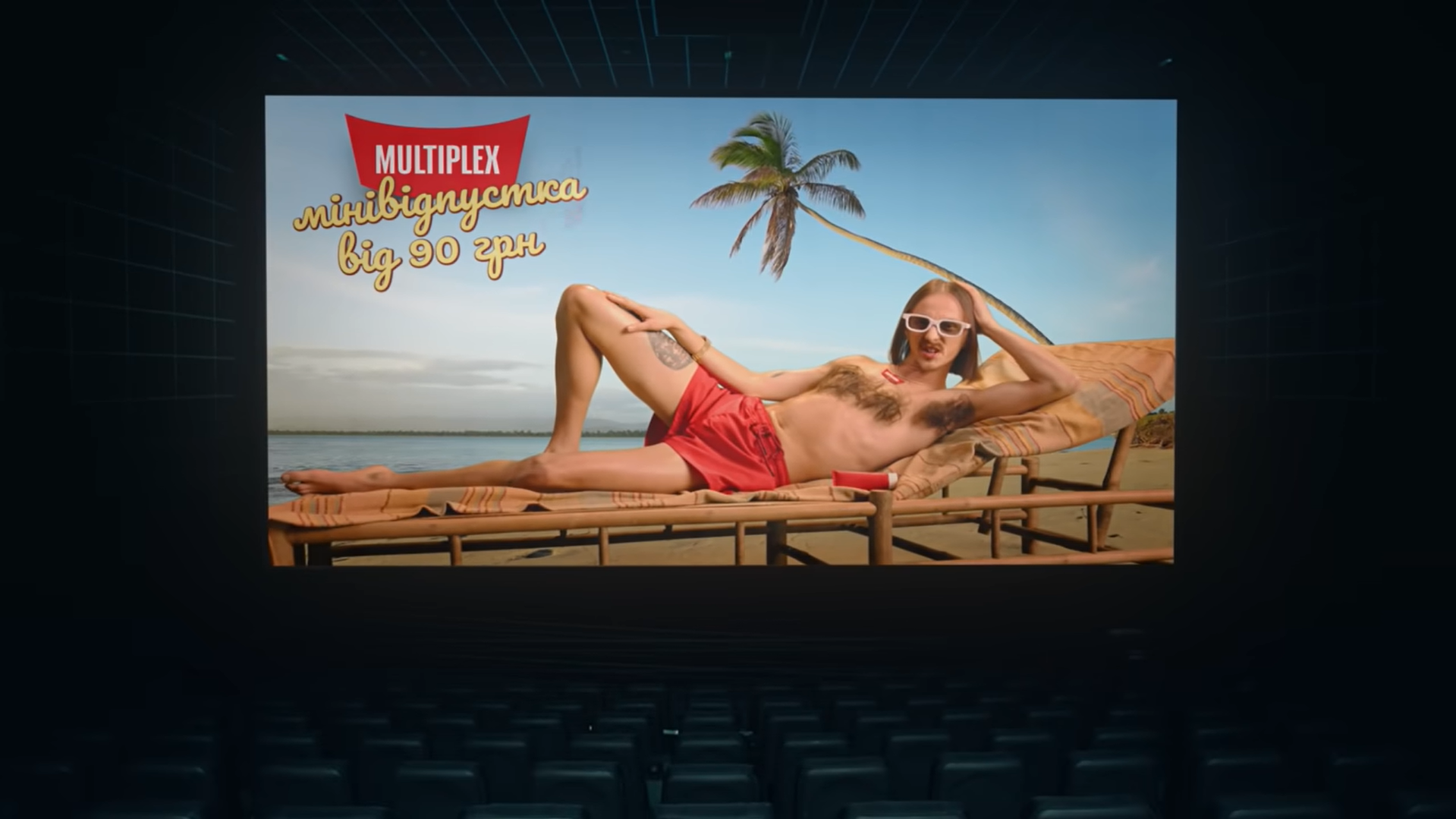 At the end of 2021, the Multiplex team turned to us with the task of attracting more Ukrainians to cinemas during the New Year holidays. This was at the time of the most anticipated premieres of the year like - "The Matrix: Resurrection" and "Spider-Man: No Way Home"

Display advertising is often used when information needs to be spread quickly, mostly used during promotions or launching new products. This allows you to inform a large number of potential customers about what you offer promptly. Depending on the preferences of the target audience and business objectives, you can choose your format for each marketing campaign. We explain how to do this based on this case study and also in this article.

With the help of display advertising, we needed to reach a frequency of 7+ in a month in the cities where the cinemas within the network are present. Therefore, we decided to launch creatives on several sites at once: YouTube, Google Display Network, and Facebook.

Frequency — the number of contacts of one audience member with the event during the advertising campaign.

The key instrument for our media strategy was YouTube. We used In-stream and Bumper Ads formatsー classic media communication that allows you to build a sequence of contacts with one user at a frequency of 4+. At the same time, this instrument accounted for only 45% of the allocated budget in the media split.The In-stream format acted as the core of all communication, and YouTube Bumper Ads was a "catch-up" tool that encouraged user action. 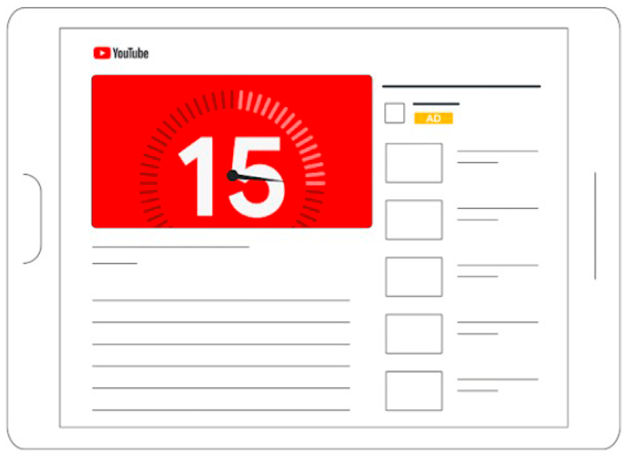 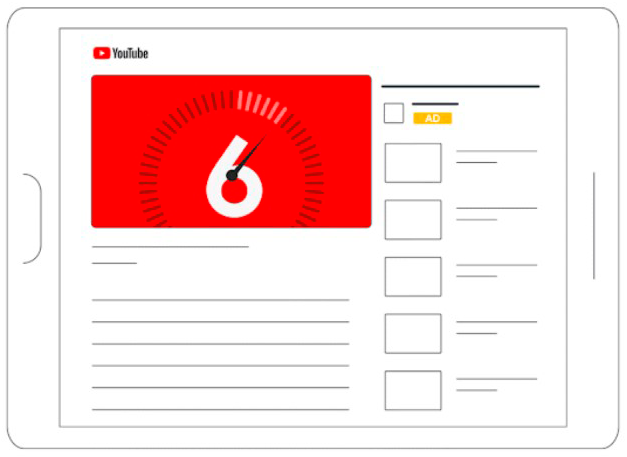 In the YouTube In-stream format, we launched creatives in rotation in two formats: 15 and 43-second video clips.

According to the results of the first week of the campaign,
the VTR indicators for the videos were:

Based on our experience, the VTR benchmark for this video content format is 25-27%.

Viewing ー continuous 30-second video playback (in case the video is shorter than 30 seconds ー viewing to the end), or interaction with video content.

Why were the results of this campaign so good?

We received a high indicator of audience engagement: most users had watched the video to the end. CTR of 0.32% for each video was another indirect proof of audience interest, with the internal benchmark being around 0.15-0.18%.

CTR (click-through-rate) ー click-through rate, which tells you how many people who saw the video clicked on the link.
CTR = (Clicks/Shows)*100%

Even though most of the population goes to the cinema for entertainment, we needed to single out the users to whom the advertisement would be relevant for display. We divided the targeting into six groups. Two groups included Google standard audiences, and the rest were specific audiences by keywords or sites.Audiences from Google’s standard library were split by movie and TV genres.

Example of the audience by movie genre 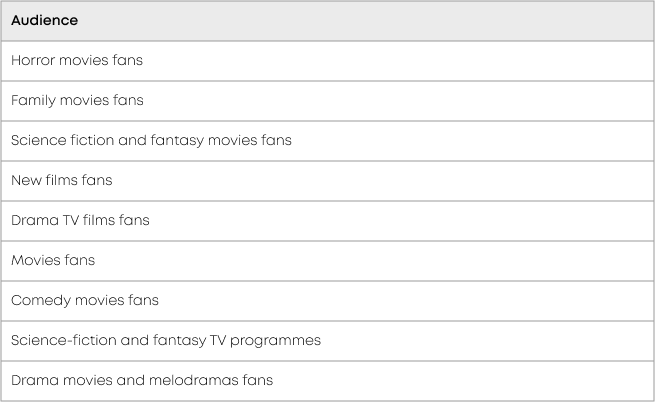 Specific keyword audiences were split into audiences with general queries (e.g., "movie tickets," "movie schedule") and audiences with specific needs for movies relevant at the time of the search (e.g., premieres and movies on air).

At the same time, we worked with keywords by competitors and gathered one special audience by the type of sites that users visit. This audience included competitors' sites.

At Bumper Ads, we used two audiences for targeting:

The task was to get a repeat contact with the "hot" audience at the frequency of 4+.

A snapshot of the YouTube campaign results for the month showed that the VTR for a 15-second video increased to 48%,
and for a 43-second ー to 45%.

Facebook was used as a tool for additional audience reach. Based on our expertise, about 20% of the Facebook audience are not YouTube users or do not see Google Display Network ads. Using this platform allowed us to reach this target audience as well as to make contact with the audience which intersects at frequencies 5-7.Additionally, we launched a video with the ThruPlay procurement model and static banners in rotation.

ThruPlay is an option for optimizing and billing video ads for the purpose of "Watching Videos". 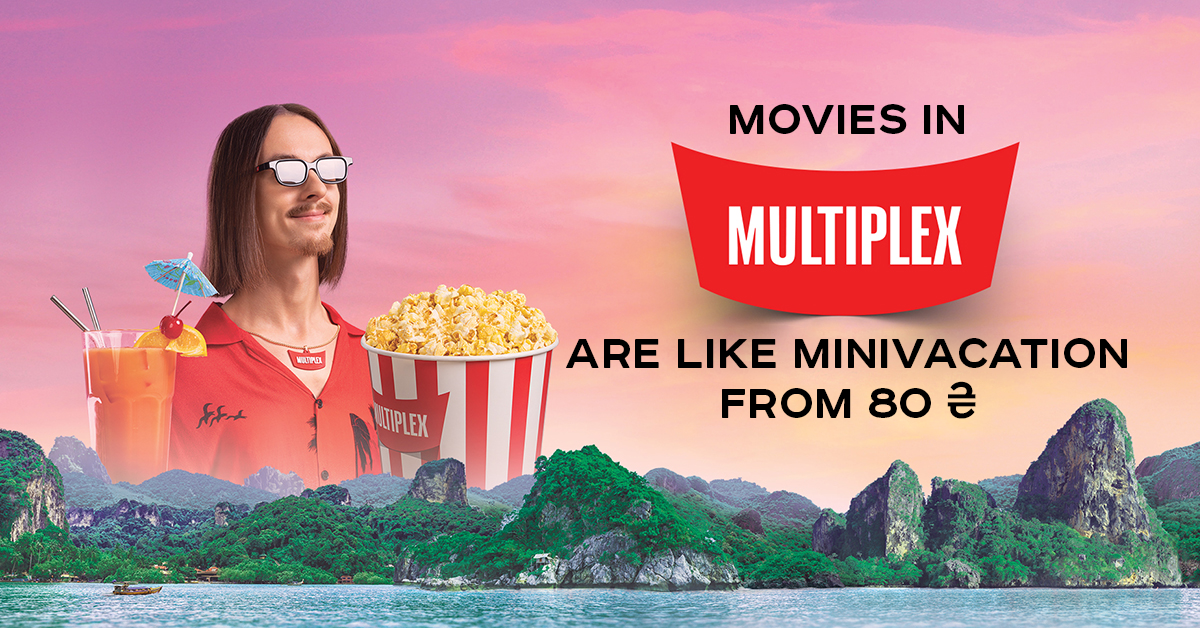 GDN played the role of a reminder tool. We used an audience similar to YouTube, which gave us extra feedback. So, during the period of media activity, we received 63 347 497 impressions at the optimal frequency for us of 5+.

Since we launched campaigns on YouTube and Facebook, we decided to use the internal tools of these platforms – Brand Lift – to assess the level of brand awareness and brand loyalty.

Brand Lift – a tool that enables you to explore the effectiveness of video advertising in influencing the main media metrics: loyalty, ad memorability, customer intent, etc., and then optimize video campaigns based on the data obtained.

On YouTube, we started a poll to analyze consumer intent:
‍
"Which of these brands would you most likely choose?"

And we divided the research into Kyiv and Lviv + other Ukraine regions with Multiplex cinemas. It was impossible to launch research by targeting the whole of the country due to the fact that the competitors from one region of the country to another region varied.

The first checkup (a week after the campaign was launched) showed an increase in consumer intent by 2.04%. This is a good indicator since the control group accounted for 45.38% of all the users covered.

Percentage of increase in brand awareness

Other regions with Multiplex cinemas in Ukraine

The control group of users covered was 52%. This meant that more than half of the users who did not see the ads gave a positive answer for the brand to the question asked: "Which of these brands would you most likely choose?"

The experimental group during the final measurements remained at the level with the control group. This has proved that advertising cannot affect consumers’ intent.

One of the hypotheses was that brand loyalty was already high, and the competition extremely low if not zero.

We took measurements on Facebook with the following questions:
‍
Have you seen multiplex ads in the last two days?
How familiar are you with the Multiplex brand?

For the first question, we have received a percentage increase in brand recognition of 7.8 points. This is a fairly good result with the niche benchmark within Facebook itself being 7.1 points.

The second question received a percentage share of brand awareness increase of 8.1 points with a benchmark for a niche being 1.6 points.

In the course of the flight, we managed to achieve the desired frequency of 8.1, which exceeded the target of 7.3 points planned at the beginning of the flight. Based on the dynamics of the brand query trend line, we saw an increase in Multiplex brand traffic in Google Trends. 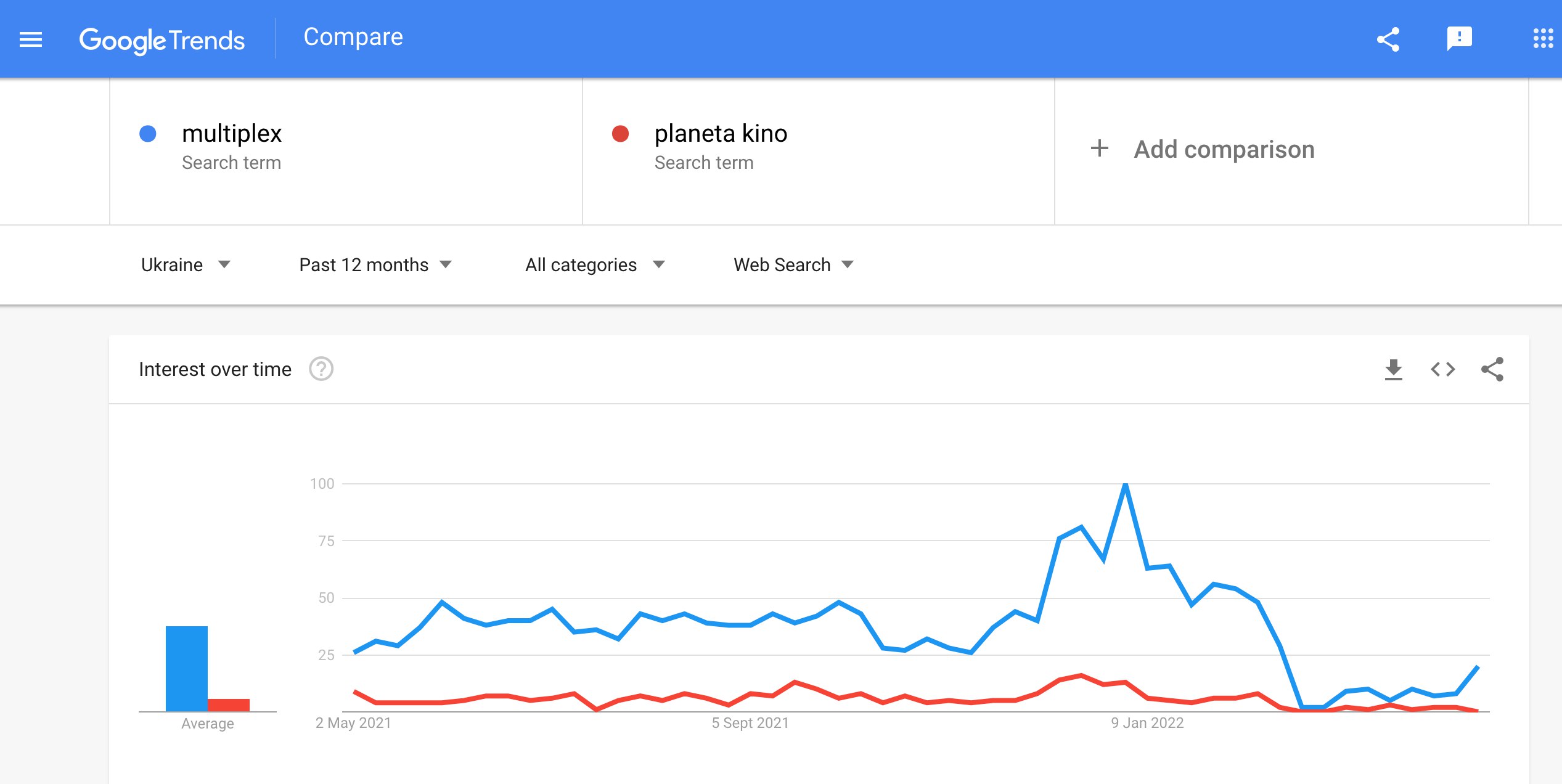 Indirect indicators demonstrate that the client managed to exceed his ambitious income plan with the support of a display campaign.

Promodo is one of the best companies I have ever worked with. I worked with Promodo in three areas at once: SMM Management, SEO, and Paid Promotion. The team always showed phenomenal results, regardless of the marketing channel. I would also like to note the excellent management of all projects and the ability to meet deadlines.